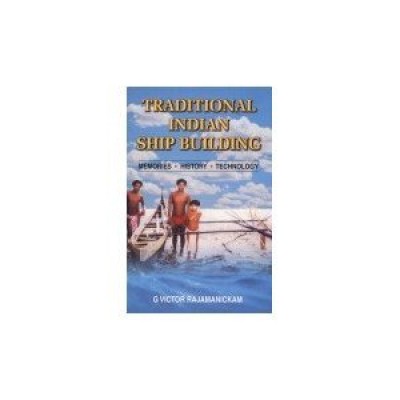 Traditional Indian Ship Building :Memories • History • Technology" The book is an outcome of eight long years of fieldwork carried out under the support of CSIR, Government of India. Traditional Indian Ship Building gives a historical account of the evolutionary significance of the different ship building technologies from different states and communities, the literary evidences from 3rd century B.C. and deals with the different kinds of traditional sea vessels, their merits and demerits, the raw materials and the different techniques practiced from the primitive to advanced stage. The volume also includes the existing tradition of ship building among the tribes of Andaman and Nicobar Islands and deals in different chapters the traditional boat building as gleaned from the archaeological literary resources; traditional crafts of India; its classification and distribution; raw materials; common boat building stages; building techniques of traditional crafts; sails and rigs; parts of traditional crafts of India and their maintenance and management. Along with an elaborate bibliography a glossary of local names in different coastal languages and their equivalents in English is also given. Most of the information belongs to rare sources. The book will be of great use to historians, archaeologists, maritime scientists, anthropologists, ethnographers and scholars of ancient industries and sciences