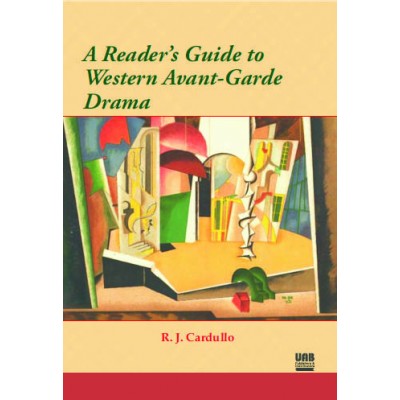 
More details
0 reviews  |  Write a review
DescriptionSpecificationReviews (0)
A Reader's Guide to Western Avant-Garde Drama is a casebook of ideas and arguments about Western avant-garde drama. The author gathers together here a uniquely wide-ranging selection of original essays whose subjects span most of the twentieth century, reach forward into the twenty-first, and include the avant-garde cinema as well as drama and theater. He thereby provides access to the thinking behind much of the most stimulating playwriting (and performance) the modernists had to offer, in addition to supplying guidelines to understanding current drama's most adventurous developments.
Treated in this volume, in chronological order by date of their work, are such seminal figures as Alfred Jarry, August Strindberg, Wassily Kandinsky, Georg Kaiser, Fernand Crommelynck, Eugene O'Neill, Antonin Artaud (whose theatrical significance, as opposed to his playwriting per se, is highlighted in an interlude), Gertrude Stein, Bertolt Brecht, Carlo Terron, Arthur Adamov, Harold Pinter, and Joe Orton—practitioners, that is, from a number of Western countries and diverse dramatic movements. The work of these men and women, in representative plays such as Ubu Roi, The Ghost Sonata, The Yellow Sound, From Morn to Midnight, The Magnanimous Cuckold, The Hairy Ape, The Spurt of Blood, Doctor Faustus Lights the Lights, Mother Courage and Her Children, The Homecoming, and Loot, illuminates their astonishing daring in wrenching drama out of all of its old habits and creating a new, distinctive, and freestanding artistic vocabulary.
Setting theory beside practice, the writings in AReader's Guide to Western Avant-Garde Drama bring alive a number of vital and continuing aesthetic concerns, in addition to providing illuminating perspectives on the dramatic history of the late nineteenth, twentieth, and early twenty-first centuries. This casebook is thus not only an essential and versatile collection for scholars and students, but it also offers a feast of ideas for anyone interested or engaged in drama and theater. In sum, this compilation of writings, which documents the twentieth century's radical shift in the aesthetics of theater and drama, is a valuable contribution to the literature of the avant-garde and should be of great use to cultivated readers, educated theatergoers, theater professionals, and drama professors alike.
Related Products
-30%
Add to cart 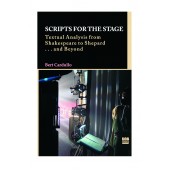 © Copyright 2016, all rights reserved with Buynsellbooksonline.com